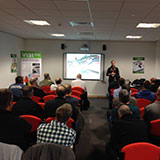 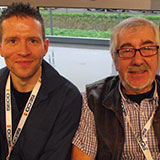 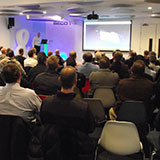 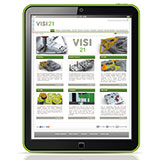 Delegates at the VISI 21 Update Presentation Days say the events were vital in understanding a number of significant new and enhanced items of functionality.

The new release of Vero Software’s specialist mould and die CAD/CAM solution contains in excess of 340 updates, continuing its emphasis on intelligent solutions for mould making and stamping die industries.

Richard Parker, of CPG Engineering, and Mark Haddon, from Scorpion Mouldings, were amongst more than 80 manufacturers attending VISI’s event at machine tool manufacturer Seco’s UK headquarters in Warwickshire. There was also a second event at the AMRC Training Centre in Sheffield where British Skeleton #1 and former World Champion, 3 x European Champion and 4 X Olympian, Prof. Kristan Bromley detailed how VISI is used to manufacture high precision components for Olympic winning sleds and produce rapid composite tooling for recreational Baseboards, the most exciting new sport innovation to hit the slopes since snowboarding.

Mark Haddon says: “Investing time to attend this update presentation was vital. I regard the day as being a benchmark to learn all the pointers about the new functions that I can use in my everyday work. We will install VISI 21 immediately, and use it for all new projects. We’ll run it in conjunction with VISI 20 until all existing projects have been finished.”

Continuing, Mark says he found the Wire EDM updates to be particularly interesting. “Wire EDM is the only VISI module we don’t have, and I’m definitely going to recommend that we invest in it now. The enhancements will definitely be of great benefit to the way we manufacture tools for our automotive injection moulded products.”

Richard Parker agrees, saying he learned aspects of the functionality that he would not have known about from studying the release notes. “To see them in action during the presentations was absolutely invaluable.”

VISI Sales Manager Ralph Ehoff says: “VISI is widely regarded as the leading CAD/CAM solution for the mould and die industry, and this release in particular includes significant developments across the board, from data translation, multiple instance management, through to new surface modelling tools which expand on the previous toolset for surface extension, surface tangency, and blending between curves and faces with curvature constraints. There are also significant enhancements to VISI Machining and VISI PEPS-Wire which include an updated GUI and new toolpath algorithms with improved point distribution and toolpath accuracy.

“As the delegates were predominantly VISI operators, they say they found this event vital in gaining a broad, first-hand, appreciation of the new features and enhancements, ensuring they can use VISI to the full, making the most of their software investment.”

For further information on what's new in VISI 21, Vero have launched a micro-site to highlight the latest developments - http://www.visi21.com